The Battle of New Market Heights -- a re-enactment

So I guess I have a blog. They re-enacted the Battle of New Market Heights last weekend in Henrico county Va.  I have wanted for some time to take photographs of a re-enactment and the close proximity was impossible to resist. Henrico and its partners did a wonderful job.

I was at first worried about the awful contrasty light. But we persevered. It was fun to be able to take pictures of people who wanted their picture taken.

The 150th anniversary of the battle was yesterday. It's notable for showing the world that Negro troops could acquit themselves bravely in battle. Of the 18 Medals of honor awarded to black troops in this war, 14 were awarded in this battle. There aren't many black re-enactors and my one chance to capture one on film Saturday looks like I dropped the camera. So much for historical accuracy.  I was able to capture one "civilian". 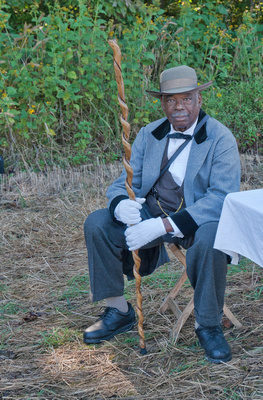 The re-enactors are actors and they were performing the entire time. I was careful not to capture any tourists in my shots but by later in the day that was impossible. 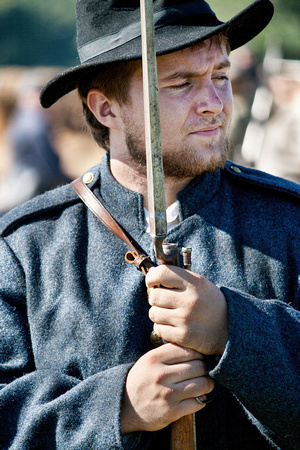 The action scenes were fun as well. Much like shooting a sporting event. And, of course no do-overs. 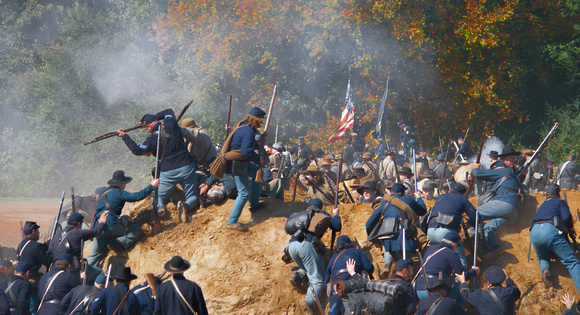 Visit my Battle of New Market Heights Gallery to see all of the photos from that day.

No comments posted.
Loading...
Subscribe
RSS
Recent Posts
A shipwreck you can get to A Day at the Masters Autumn on the Blue Ridge Parkway The Battle of New Market Heights -- a re-enactment
Keywords
photos of shipwreck on Hatteras Island at Salvo photos of the wreck of the G A Kohler Amen Corner Photos of Augusta National Rory McIlroy photos of Masters Practice Round photos of the Masters Blue ridge Mountians Photos of fall mountain colors Photos of mountain views
Archive
January February March April May June July August September October November December
© Bill Piper's Photos
User Agreement
Cancel
Continue