A shipwreck you can get to

We arrived at Hatteras Island in the middle of some nasty weather systems. There was a supermoon expected and the tides were already high. I set out to catch the moon but my patience REALLY needs some work. The moon showed up after I gave up and returned to the rental house.  But I did see the high tides and almost got wet as it surged between the dunes. I also got a glimpse of something on the beach in the surf. 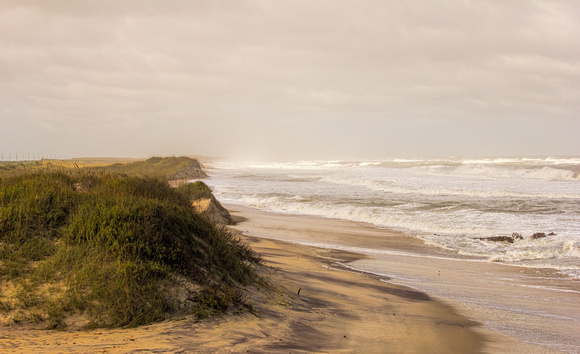 First Glimpse of the G A Hohler

Next morning I tried to catch a sunrise there with middling success but the thing in the surf was a little clearer and it looked like it could have been a boat at one time. 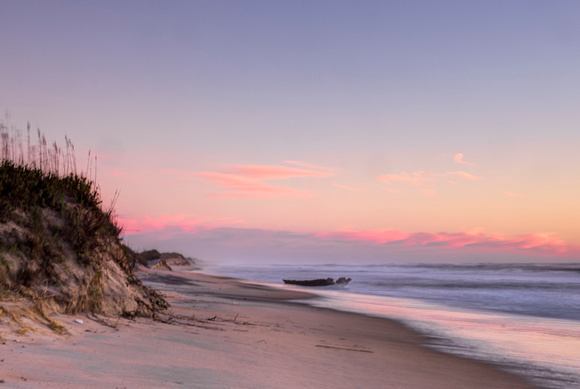 Later that morning and on subsequent days I got to examine the wreck more closely. Apparently it's what's left of the 4 masted schooner G A Kohler out of Baltimore that ran aground in a hurricane a little south of Salvo in August 1933.  Story 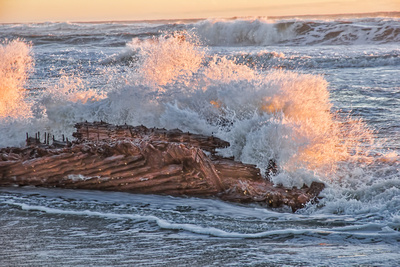 It seems the Kohler was sold to a local for $150 and it sat in the surf for about 10 years while the Hatterasmen picked it apart for salvage. Some buildings on the island were made from the planking of the schooner.

In 1943  they set fire to the hulk to recover the ships iron fittings, for the war effort, I suppose. Burned to the water line the wreck was covered with sand , preserving it, and now goes through periodic uncoverings and recoverings caused by the vagaries of the Hatteras weather. 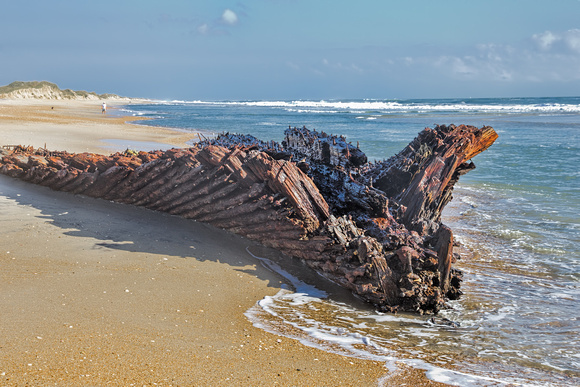 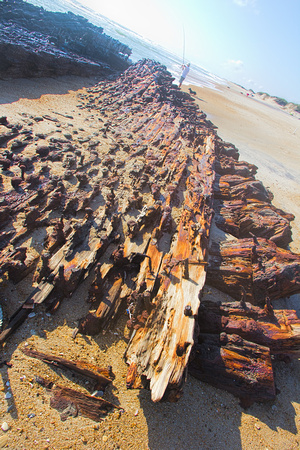 This much was uncovered in Oct 2015. I hope it gets covered again soon to preserve it.

See more of these and other pictures from Hatteras and environs at: http://www.billpiperphotos.com/salvo1015

Keywords: photos of shipwreck on Hatteras Island at Salvo, photos of the wreck of the G A Kohler

No comments posted.
Loading...
Subscribe
RSS
Recent Posts
A shipwreck you can get to A Day at the Masters Autumn on the Blue Ridge Parkway The Battle of New Market Heights -- a re-enactment
Keywords
photos of shipwreck on Hatteras Island at Salvo photos of the wreck of the G A Kohler Amen Corner Photos of Augusta National Rory McIlroy photos of Masters Practice Round photos of the Masters Blue ridge Mountians Photos of fall mountain colors Photos of mountain views
Archive
January February March April May June July August September October November December
© Bill Piper's Photos
User Agreement
Cancel
Continue